What is Google Web Stories?

First off, the Google Web Stories WordPress plugin is free and open-source. It is a novel form of accelerated mobile pages that was explicitly designed to be consumed in small parts by users both online and offline.

Google recommends that the pages on each story be a minimum of 5 and a maximum of 28 pages, though it can be more or less. The words per page are, however, fixed at a maximum of 10 words. This simply means you can take in the information at any point in time with a simple glance. We have an example of a story here.

And it gets better because you as a publisher, can choose to monetise your publication by using affiliate links, Google AdSense, and more. And the fact that you can make it look attractive makes it even more enticing to viewers. All in all, it’s a very potent way to increase traffic in as little time as possible. 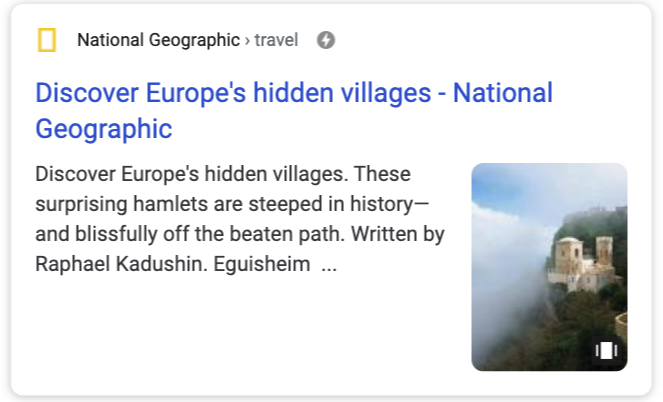 An example of a Google Web Story in search results.

Google Web Stories is a novel way to attract traffic to your blog and website. It also simplifies the process and can also improve your ranking on Google Search, Discover, Google Images, and Google Maps.

Why has Google Built a Dedicated Plugin for the web Stories?

Google calls the content of the Web Stories “snackable content”; to define the briefness of the story and how the outlay makes it attractive to people. When Google first let the public have a sample of the plugin idea, it was in beta form, and not all of the features were available yet. This beta version was met with a very positive reaction and that prompted Google to release the plugin early this summer.

Google wanted to give publishers the ability to reach audiences on the go, whether they are on a bus, on their phone, on the train station, etc.

The idea was for you to utilize the plugin in less than 15 seconds. Google made sure this was possible and available in the final version released this summer.

Google also gave out helpful recommendations to users who come across the Stories regardless of where they are or what device they’re using to access the platform. The most important ones are:

Google also released a new plugin to the WordPress Stories, because there has never truly been a Google plugin dedicated to generating traffic. Granted, this is a work in progress, but it’s a very good start and heading in the right direction too. Undoubtedly, Google has a significant role in the way you learn information and how you come across it and even how you get it in the first place. 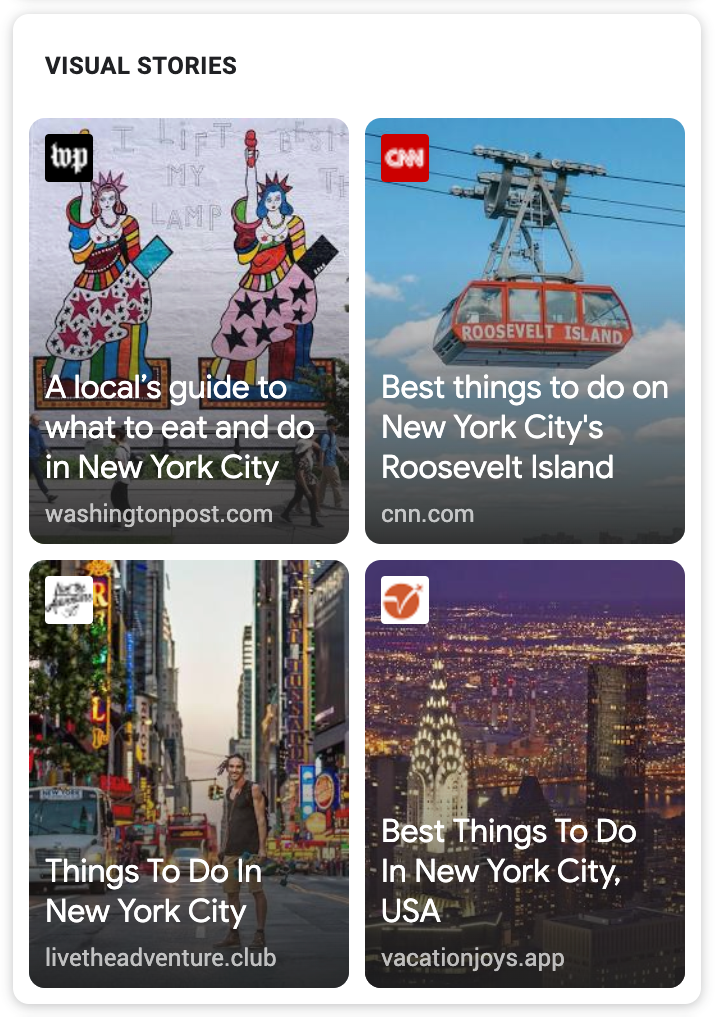 An example of Google web stories in a grid view.

Some of the major pros of the new Google Web Stories WordPress plugin are:

When it comes to advertising on Google, and if you’re a publisher, there are hundreds of ways to get your content ranked at the top, but publishers are constantly looking for ways to make that process run more smoothly and efficiently. Until recently, there was little to no way of doing that.

The new Google Web Stories WordPress plugin has given publishers around the world one of the fastest and most efficient means of catering to this pervasive issue.

So, if you have WordPress, it won’t hurt to jump on the new bandwagon and give it a try. You might be surprised just how much it streamlines your work.

This new WordPress plugin that is very robust and there’s really no better time to seize this advantage and make it work for you than now. Besides, you really have nothing to lose, so give it a try and see what it can do for you, your business, and your brand.